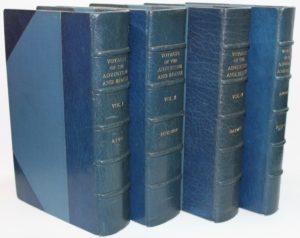 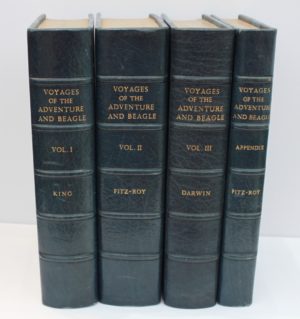 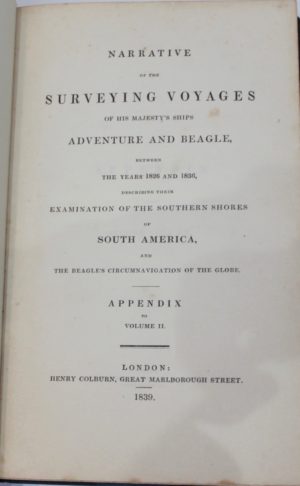 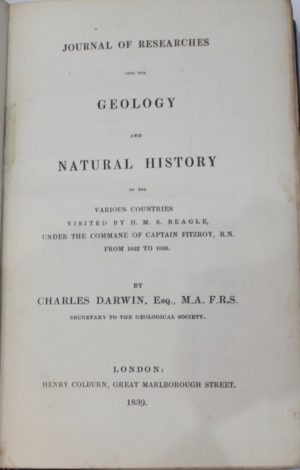 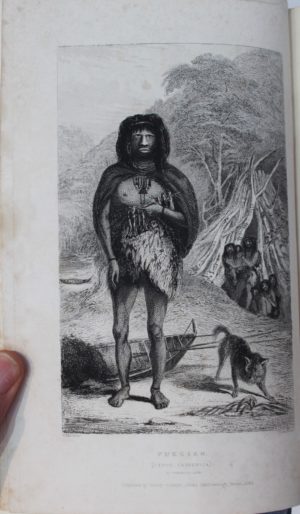 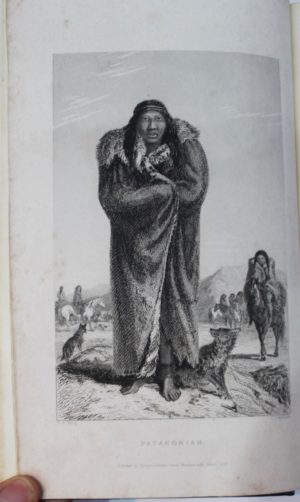 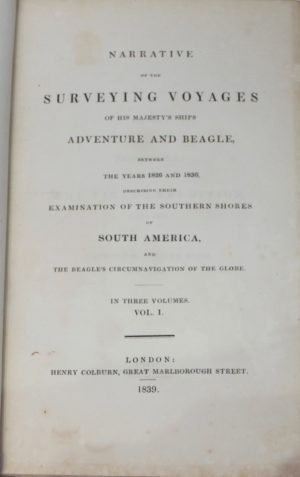 DARWIN, Charles, KING, Phillip Parker and FITZROY, Robert Narrative of the Surveying Voyages of His Majesty’s Ships Adventure and Beagle Between the Years 1826 and 1836, Describing Their Examination of the Southern Shores of South America and the Beagle’s Circumnavigation of the Globe.
Henry Colburn, 1839.
3 volumes in 4 [with separate Appendix to Volume II]. Large 8vo. Complete with all illustrations, maps and plans. The maps bound in rather than loose in pockets. Bound in blue half crushed morocco by Sangorski and Sutcliffe. Some occasional light spotting but a smart set in an attractive binding.
Containing Darwin’s first published book as the third volume: Journal of Researches into the Geology and Natural History of the Various Countries Visited by H.M.S. Beagle. Freeman notes “His first published book is undoubtedly the most often read and stands second only to On the Origin of Species as the most often printed”